What will Joe Biden do to mortgage rates? See what experts say

You are here:
Uncategorized 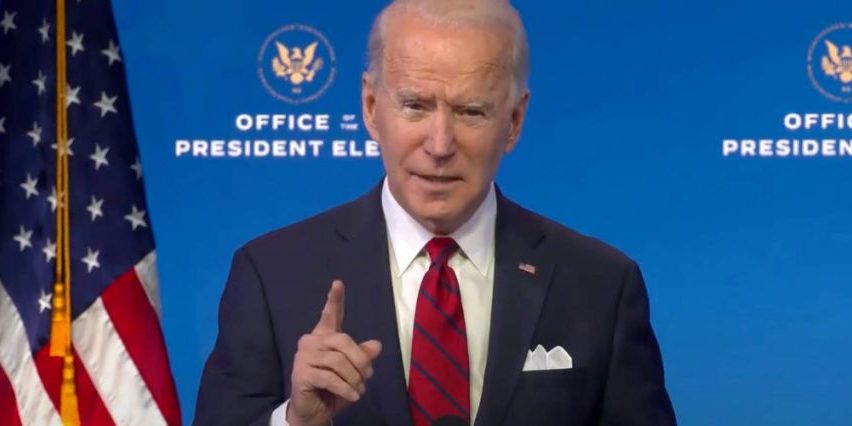 When that big change happens at the White House this Wednesday, on Inauguration Day, what will it mean for America’s other houses — and the mortgage rates used to finance them?

As the country entered 2020, 30-year fixed-rate home loans were averaging 3.72%. Since then, mortgage rates hit historic lows more than a dozen times, and ended last year at a breathtakingly low average of 2.67%, according to mortgage giant Freddie Mac.

A decline that huge can mean major savings on a loan as immense as a mortgage.

Thirty-year mortgage rates fell again in early January, to a record 2.65%, on average, though lately they’ve been creeping upward.

Prospective homebuyers, and homeowners still needing to refinance to lower rates, are searching for any clues on where mortgage rates may head once Joe Biden is president.

Here’s what forecasters are anticipating.

Why rates could rise under Biden

Don’t expect mortgage rates to budge the moment Biden takes the oath of office, but his administration could eventually affect their direction.

“Expect tax rates to rise, the Fed to offset increasing inflation with higher rates, and the economy to slow,” Guy Baker, founder of Wealth Teams Alliance, tells The Mortgage Reports.

And there’s this, from Rick Sharga, executive vice president at RealtyTrac: “Biden has called for more government investment in affordable housing, which could be funded in part by proceeds from fees attached to home sales backed by government agencies like Fannie Mae, Freddie Mac, and the FHA.”

Baker, Sharga and other experts polled by The Mortgage Reports in October predicted 30-year rates would climb to an average 3.51% in 2021 under Biden.

Why rates may not do much this year

Other forecasts look for only modest increases this year. Just last week, Freddie Mac predicted that 30-year fixed mortgage rates will average a mere 2.9% in 2021, and Fannie Mae — another government-sponsored mortgage company, like Freddie Mac — said rates would be averaging just 2.8% by the end of this year.

Still, recent weeks have brought more warnings of the potential for rising rates, after two U.S. Senate runoff elections in Georgia gave Biden Democratic majorities in both houses of Congress. That could mean more government spending — and government borrowing, which would put pressure on interest rates.

But presidents only have so much influence over mortgage rates. Remember, the Federal Reserve is still planning to hold a key interest rate close to zero until at least 2024, and the pandemic will continue to have an impact.

If the COVID crisis continues to look dire, investors could pull money out of stocks and pour it into Treasury bonds as a safe haven. That would cause the yields (interest) on Treasuries to sink, and mortgage rates usually follow the same path.

Even so, if rates do rise under the new president, borrowers will need to use a few not-so-secret methods to sniff out the cheapest mortgages possible.

First, you’ll want to make sure your credit score is in tip-top shape, or you’ll never be offered a super-low rate.

Then, you must shop around to find the best mortgage rates, because they can vary from one lender to the next. Research from Freddie Mac has found borrowers can save thousands of dollars by comparing at least five rate quotes, instead saying yes to the very first offer.

If rates do start to take off, a homebuyer or refinancer might offset higher borrowing costs by saving money on homeowners insurance. With a little comparison shopping, you could potentially cut the annual price of your coverage by hundreds of dollars.

NP, Inc.: Surviving and Thriving for Over Two Decades
February 26, 2021

How to reel in the lowest 30-year mortgage rate for your refinance
February 15, 2021

These low-down-payment mortgages are now available for a wider range of homes
February 4, 2021

I had a great experience working with George. He continued to provide us with information and expectations throughout the entire process

Thanks George for all your hard work and for making this process easy!!! I will be sure to recommend to everyone!

Giorgio was very responsive and always made time in speaking with us. We are very pleased with his professionalism and knowledge. He has made this transaction so easy and has gone above and beyond for us.

G MAN!!! You are a rock star of comments last month. This reply is to a blind survey we send out. The client doesn’t leave their name so we don’t know who sent it. We find that client’s leave more honest answers if they don’t have to show their name.